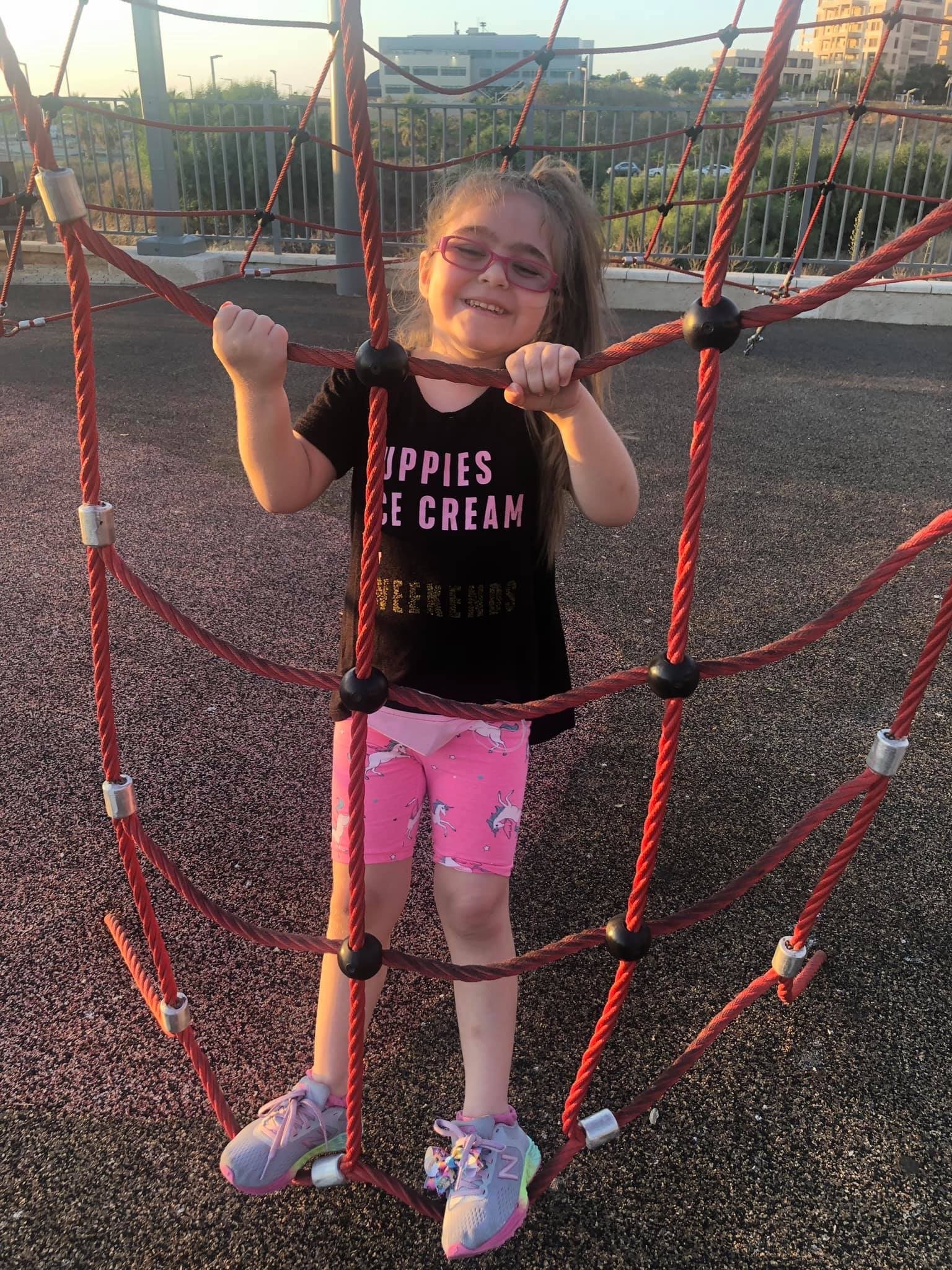 Mila is a sweet 8-year-old girl who was diagnosed with the life-threatening condition, Pearson Syndrome at age 2. Although she may appear happy and healthy on the outside, on the inside, her body is fighting a daily battle. Because there has been no cure or previous treatment for Pearson Syndrome, Mila’s body is undergoing multiple organ failure, including her kidneys, bone marrow (blood), pancreas (diabetes and digestion), GI (stomach), eyes, and ears and most recently had a pacemaker placed. We are patching her up as quickly as we can, but hope a treatment will become available that will stop the rapid progression of her disease and improve her symptoms.

Mila was 2 when she showed her first symptom of Pearson Syndrome — corneal edema. This caused the surface layer of her eyes to be filled with fluid, which blurred her vision and resulted in extreme sensitivity to light. This fluid also created hundreds of blisters on the surface of her eyes.

Mila wasn’t able to play outside during the daytime for two years because of her light sensitivity. She couldn’t enjoy the zoo, park, Christmas morning, or even the grocery store. When she was outside, she wore special sunglasses that would block 95% of light and a solid brimmed hat, but even with those efforts, her head needed to be covered with a blanket or she would cry. She would experience nothing but sound.

At age 4, Mila received 2 corneal transplants. Within days of each transplant, her blisters went away and she began to experience life again. Today, Mila is able to attend public school, play outside, and absolutely loves trips to Target.

Although her corneal edema is gone, she continues to have challenges with her eyes. One of those is retinitis pigmentosa. This gives her tunnel vision (or loss of peripheral vision), likely to progress over time leading to eventual blindness.

One of the first serious symptoms Mila experienced was kidney disease, which started out with “Fanconi Syndrome.” Fanconi Syndrome is a disorder in which she does not properly reabsorb electrolytes and nutrients back into the body, but instead dumps them resulting in her blood levels dipping dangerously low. To keep her levels in a safe range, she receives electrolyte replacements including, calcium, phosphorus, etc.

Mila currently has Stage 4 kidney disease (functioning at less than 20%) and continues to worsen each year. She has been evaluated for a kidney transplant and is currently gaining time on the kidney wait list, so we are ready if she needs one. She has annual kidney ultrasounds to monitor the progression of kidney size, scarring, and presence of kidney stones. Mila has her blood drawn every month to review her current kidney function, electrolytes, and blood counts.

A couple years ago, we experienced one of the scariest days of our lives. Mila had her first DKA (diabetic ketoacidosis) episode, which had us fleeing to the hospital. During this time, she was nearly unresponsive. We would talk to her to try to keep her conscious, but she would soon fade out and be gone again. Once arriving to the emergency room, they said her sugars were over 900 (normal is around 100) and thus, gave her another new diagnosis of diabetes. Mila’s diabetes are maintained with an insulin pump and continuous glucose monitor.

The pancreas has two functions, the first is to produce insulin to help regulate blood sugar. The second is to release enzymes that help with digestion. Mila has severe pancreatic insufficiency, so she also needs to take enzymes throughout the day to help her body break down foods (in her case, formula through her g-tube).

Mila receives epoetin injections to keep her hemoglobin in normal range. Without this, her hemoglobin drops low, which is hard on the heart. Mila also has low platelets (these help your blood clot). Her blood takes much longer to clot itself after an IV removal, lab draw, or other poke or scrape. The normal range for platelets is 150k-400k and she has been as low as 17k. Nothing is done to increase these levels, but side effects also include easy bruising. She has had bruising in strange places like the bridge of her ear and around her mouth from a simple pacifier. In the past, she has received platelet transfusions to raise her level before invasive surgeries (g-tube placement, corneal transplants) to prevent the risk of bleeding out and promote healing.

In 2018, while Mila was recovering from anesthesia after a procedure, we noticed her heart rate was extremely low. Following this, we brought her to her cardiologist and requested a Holter monitor to watch her heart activity over a period of time. This monitor showed irregular heart rhythms and resulted in the placement of a pacemaker.

Pearson Syndrome has caused hearing loss for Mila. She wears hearing aids in both ears.