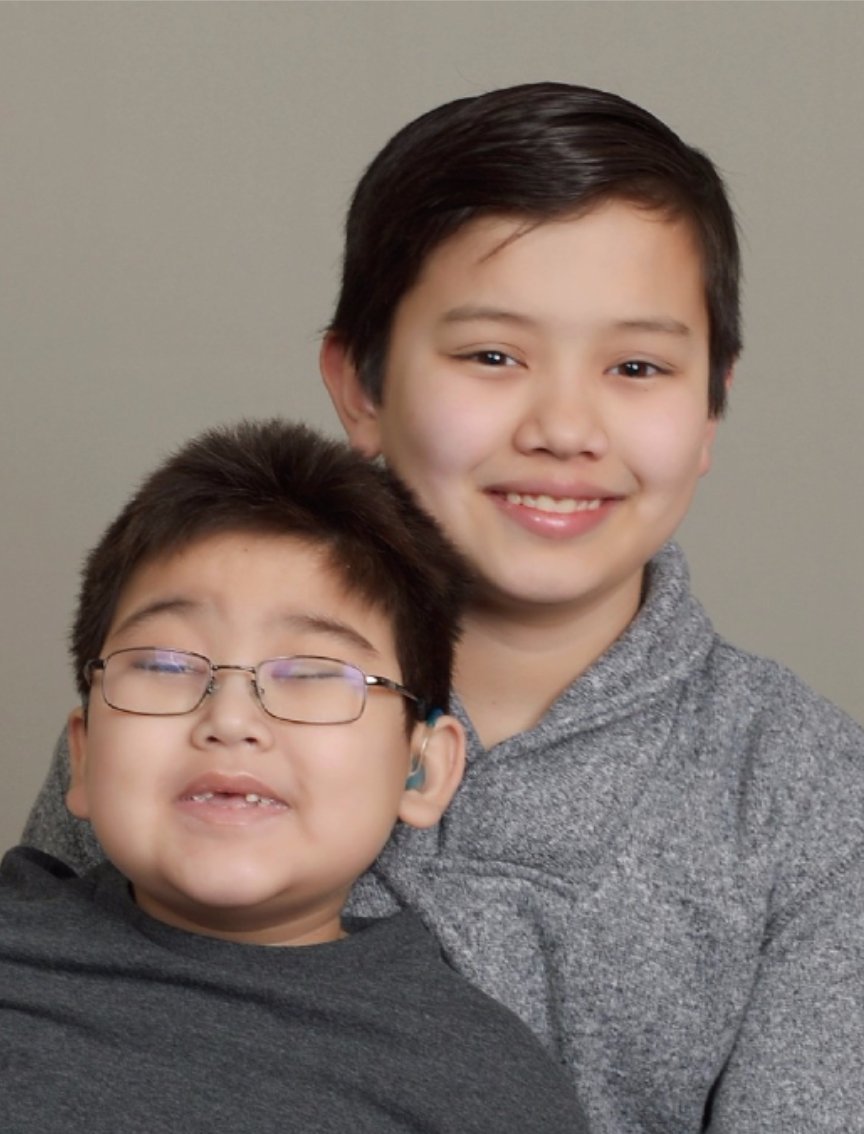 Connor appeared healthy at birth. Seventeen hours later, he was in the NICU due to severe anemia and received his first transfusion. At three months, he was hospitalized again for anemia and acidosis. More transfusions and many tests later a diagnosis was given: Pearson Syndrome. Over the next months there were many hospitalizations for acidosis, anemia, pancreatitis and failure to thrive. In December, at five months old, his liver was failing and we were told to “prepare” since “there is nothing we can do.” While others shopped for Christmas gifts, we were making funeral preparations.

Miraculously, his liver began to recover. He was put on IV nutrition (TPN) and tube feeds. He continued to be hospitalized for infections but managed to pull through each one. Doctors praised his strength and recovery. The nurses marveled at his sweet nature and constant smiles. We were just happy to still have him with us.

Connor is now eight years old; a friendly, engaging boy who charms everyone he meets. He is always eager to play and loves to entertain a crowd. His joyful exuberance is infectious, despite the many challenges he faces daily. He makes us laugh every day.

His disease has continued to progress - he suffers from multiple issues impacting almost every organ and system in his body including kidney failure, vision loss, hearing loss, muscle weakness, diabetes, and neurological and cognitive dysfunction.

We dread the day he may lose both his sight and hearing completely. His susceptibility to illnesses and the energy required to recover means that even the common cold can be dangerous. His energy fluctuates from day to day – as Ian mentioned there are days he can walk and days he cannot. Too many times we hear that frustrating phrase, “there is nothing we can do.”

But there IS something we can do.

Together, we can find a cure.

A note from Connor’s brother:

Hello. My name is Ian, and I am Connor’s big brother. Connor has Pearson Syndrome, a mitochondrial disease. Connor can’t do many things like swim on his own, ride a bicycle, climb the stairs, or go to the school skating parties. Sometimes, he can’t even walk. He gets sick very easily and being sick is really dangerous for him.

Connor’s disease is very heartbreaking, but I am still glad he is my brother. He is an awesome boy. He is always happy and laughs a lot. He is so funny and likes to sing and cook. He likes to play and help out in the kitchen.

I’d like to find a cure so Connor and kids like Connor can do the things everybody else can.