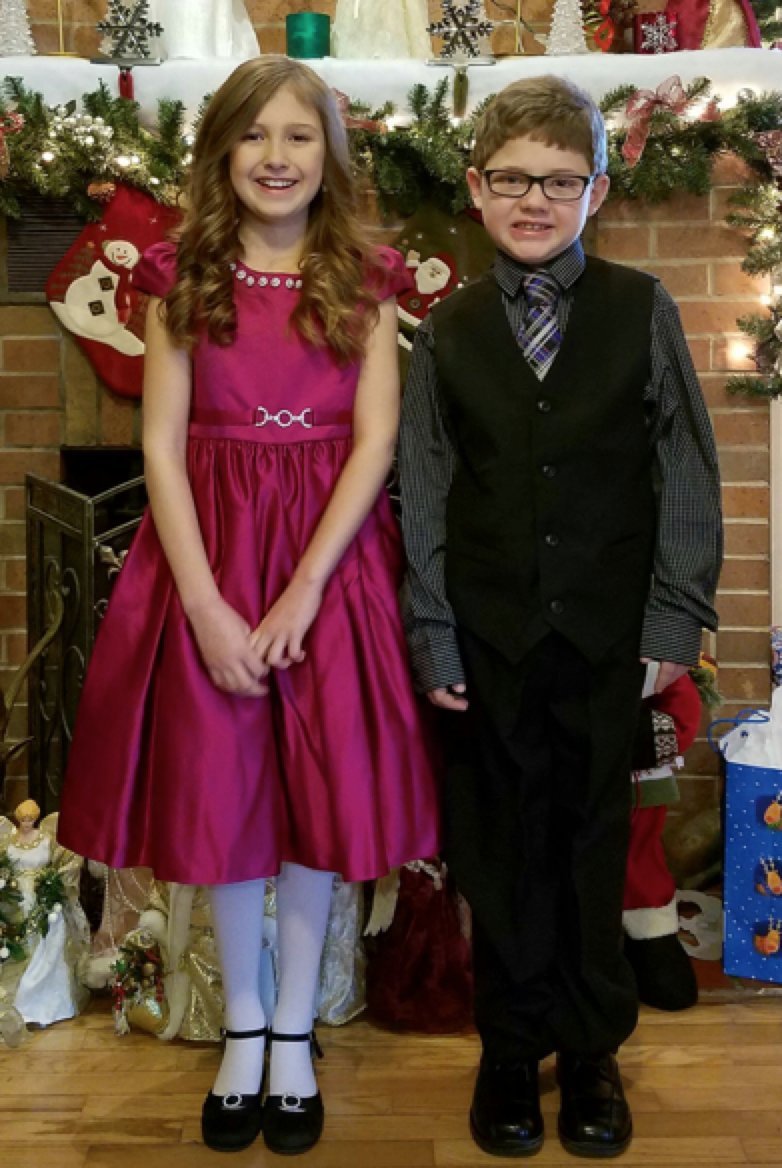 Benjamin, my first child, was born October 13, 2006 and was completely healthy. He was such a wonderful gift and amazingly was born on my grandfather’s birthday. My grandfather helped raise me and I was devastated when he passed away 3 months prior, but God has a way of passing on little gifts.

Little Ben continued to grow and thrive through his 9 month standard pediatrician checkup, when they pricked his finger and saw that his hemoglobin was low. The doctors assumed he needed extra iron. After about 3 months of adding iron, his hemoglobin did not rise, thus, they sent us to the local Dayton Children’s Hospital for a routine blood draw. A few days later on Friday night at 6:00pm I received a voicemail from Dayton Children’s Hospital Hematology / Oncology and stated we had an appointment with Dr. Broxson on Monday morning (the BEST doctor on the planet, and I truly believe the only reason my son survived). My heart sunk and I could only image the worse – cancer, leukemia…. After all, how do you get into a specialist that fast. We saw Dr Broxson on Monday, and on Tuesday Ben had his first of three bone marrow biopsies to try to determine what was wrong. I was able to be in the room to hold and comfort Ben while they completed the procedure, but watching while they turned a cork screw into my precious little child’s hip was almost more than I could handle. During this same time I also found out that I was pregnant with our second child.

Over the next nine months we went to Dayton Children’s about once per week and received a blood transfusion about every 4-6 weeks all while taking test after test trying to figure out what is wrong with our Little Ben. We also saw a Bone Marrow Specialist at Cincinnati Children’s to investigate whether a bone marrow transplant would help. At the time, the bone marrow specialist really encouraged us to do the highly dangerously procedure. On August 28, 2008 our second amazing gift, our daughter Hailey, was born. It was also another gift from God as we were able to collect her cord blood, and she was an exact match for her brother Ben (the odds are 1 in 4). Thus, if Ben had to have the bone marrow transplant he would have the best shot. However, our incredible Hematologist Dr. Broxson did not feel that this was the issue and would not give up trying to figure out what was really wrong. On September 19, 2008 Ben was getting his 8th blood transfusion and we received the heart breaking news that Ben was positive for Pearson Syndrome. During all of his blood transfusions in the Hemoc clinic my heart would always break for those parents who had received the devastating news that there child had cancer which held such a high probability of death. Ironically, my son was just diagnosed with a syndrome that had a death sentence and there was NO treatment. Less than 100 kids have ever been diagnosed and almost all die before 3. I can’t begin to tell you what this news did to us.

Ben continued to receive blood transfusions until February 20, 2009. On this date, I asked everyone I knew to pray that he would be healed, and once again God answered our prayers, Ben received his twelfth and final blood transfusion. Ben continued to grow, go to school, and be pretty healthy over the next four years. We have been very lucky because he did not have most of the deviating issues that most of the other children had. In 2013 Ben saw the ophthalmologist and was diagnosed with Kearns Sayre Syndrome – yet another kick in the gut because this was proof that Ben’s syndrome was progressing. Since that time his vision has continued to diminish, and his night blindness has exponentially started to increase to the point where he carries around a flashlight with him at almost all times. I continue to hold hope that a cure or treatment can be found while Ben’s horrible Syndrome continues to take more and more of him. We just found out that Ben has yet another progression of his syndrome, hearing loss, and will need to get hearing aids.

While most kids are busy after school playing soccer and football, Ben does physical therapy, speech therapy, intervention, and takes about 50 pills per day. He physically can’t do what the other kids do, and most things are more difficult, but he doesn’t give up. We have been so blessed with the best doctors and specialists but I fear that my time with my favorite little buddy is limited. He is 10 now and the oldest child ever passed away at 15. Ben is so brave and strong and such an inspiration. It breaks my heart to see such a strong beautiful soul being ravaged by such a horrible debilitating disease. Ben has changed my life and I am so proud to call him my son.