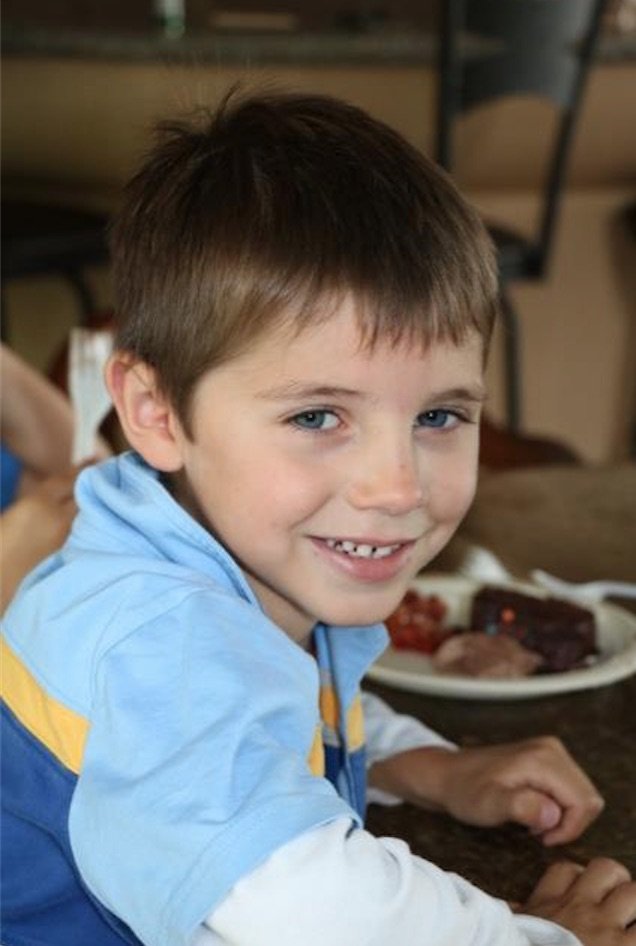 Paul was born into a busy, happy family on August 27th, 2012 - his mother's birthday. What a gift! He has 4 older siblings and now 2 younger. After a normal infancy, his paleness was pointed out a few times as the months went on. But it wasn't until we spent some days away from him on vacation at 9 months old that we noticed his ill health upon our return. We immediately received blood work indicating low hemoglobin and after following up, we were sent directly to Haematology at Sick Kids in London, Ontario. A bone marrow biopsy ruled out leukaemia and our dear family friend, Dr. Lawrence Jardine continued the quest for Paul's diagnosis. Approximately one year went by with a clinical diagnosis of Diamond Blackfan Anemia but bloodwork confirmed Pearson's Syndrome when Paul was 2 years old. He continued to bravely receive blood transfusions and fight neutropenia for a year and a half and then his bone marrow "got the memo!" His last transfusion was November 2015.

Paul avoided long hospital stays but in December, 2015, he just stopped eating for no apparent reason. We were able to keep him from starving by filling his baby bottle with cream, supplements, formula; whatever he would drink. Sleep was very difficult for those months as he just wouldn't eat.

On March 10, 2016, he received his much-needed G-tube and it improved his life in leaps and bounds. All supplements, medications and his mito cocktail are pushed through the tube and we try keep life as normal as possible by offering food by mouth first and having him participate in family meals.

His medical team grew to include many specialists "on standby" and the incredible support of a dedicated Nurse Practitioner in the Complex Care field.

Paul began school and his 10 year old sister administered his daily school g-feeds with generosity during his Junior Kindergarten year giving him a great start. This year, Senior Kindergarten, a nurse is now brought in and Paul continues to thrive. He has some noticeable academic difficulties but our expectations for his school days and family life takes into account the numerous appointments and difficult history he has had.

We hold great hope for scientific progress in treating this disease and know that Paul has already made such a unique mark in our community and couldn't imagine our world without him.