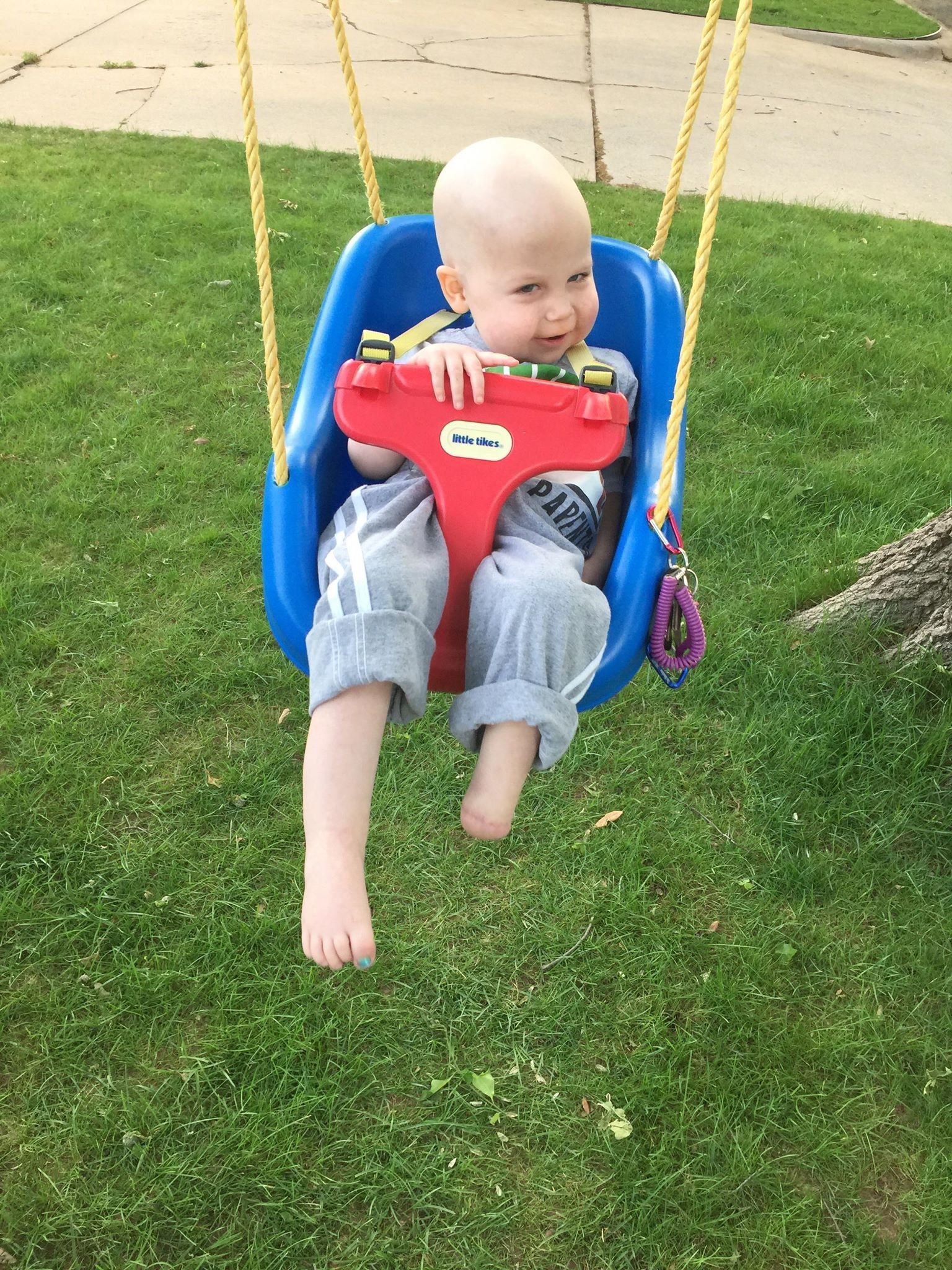 To look at Bennett was to see a happy, vibrant boy whose belly laugh was bold, strong, and full of life. Bennett loved to be outdoors swinging, playing in the sandbox, driving his Cozy Coupe, riding in the wagon pulled by his big sister, or keeping an eye out the car window for the busy construction vehicles. In his opinion, chips and queso, biscuits and gravy, and McDonald’s egg and cheese biscuit are good for consumption at any hour of the day! All of this was a contradiction to the crazy disease silently wreaking havoc on the inside of his body.

Bennett was almost 9 months old when he was diagnosed with Pearson’s Syndrome. Bennett’s symptoms first appeared when he was five months old when he was rushed to the ER with a hemoglobin level of 1.7. For over 2 years he received life-saving blood transfusions twice a month to keep him stabilized. Due to pancreatic insufficiency, he also required multiple doses of digestive enzyme supplements throughout the day to help him absorb nutrients and grow.

When he was 2 ½ years old he was given a secondary diagnosis of myelodysplastic syndrome caused by monosomy 7, a type of pre-leukemia, caused by the long-term requirement of a medicine to stimulate his bone marrow to make infection-fighting cells. The decision was made to undergo a bone marrow transplant in order to prevent the progression to cancer. Due to Bennett’s inability to fight disease, his transplant had to be postponed because a seemingly innocuous scratch on his foot turned in to a fungal infection that spread to the bone. A person with a healthy immune system would have been able to fight the infection without problem. However, Bennett ultimately had to have his foot amputated in order to be rid of the infection and proceed with bone marrow transplant.

After moving through chemo and transplant with “flying colors”, he battled graft vs. host disease as his body worked overtime to accept the new, life-changing cells. Episodes of dehydration, a stomach bug, and a cold required Bennett’s recovering immune system fight even harder. During these times and throughout his short life, the effects of Pearson Syndrome were relentless, requiring his medical team to continuously juggle treatment options to keep his body stabilized. In June 2015, amidst complications including kidney dysfunction and pneumonia, Bennett’s valiant fight against Pearson Syndrome ended.