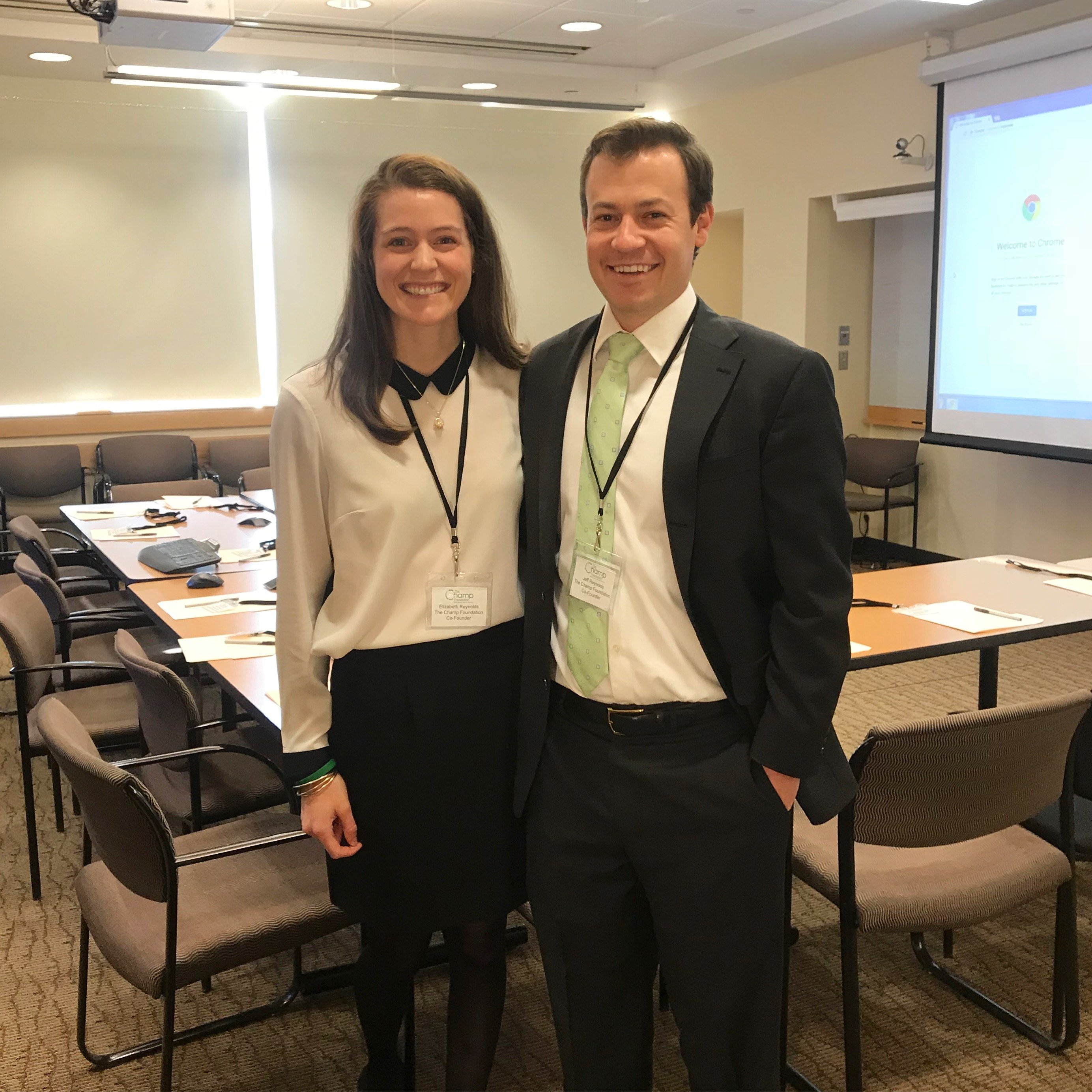 The Champ Foundation’s 2018 Pearson Syndrome Conference was a one-day meeting held at Boston Children’s Hospital on February 5, 2018. The meeting gathered grantees, board members, and other interested clinicians and scientists, 20 attendees in total, to discuss the current state of Pearson Syndrome research. Teams from Boston Children’s Hospital, Sheba Medical Center, and the University of Cambridge presented on their research findings, while clinicians from the Cleveland Clinic provided an update on the ongoing natural history study. The meeting’s goal was to establish the current state of Pearson Syndrome research and inspire collaboration. We feel these goals were accomplished. Please find a high-level outline of the presentations in the following paragraphs, followed by a list of the conference attendees.

Drs. Suneet Agarwal and Sonia Dubois presented on the results of their project “Mitochondrial genome editing for Pearson marrow pancreas syndrome.” Dr. Agarwal described his encounter with a Pearson Syndrome patient, which inspired his research interest. His lab’s previous and ongoing work has involved the reprogramming of patient cells into induced pluripotent stem cells (iPSCs). These cell lines carry the mitochondrial DNA (mtDNA) deletion of the patient and have allowed for continued study. Dr. Sonia Dubois, Research Fellow, discussed her efforts to manipulate heteroplasmy using mitoTALENs in human fibroblasts. Initial experiments resulted in non-specific depletion of mtDNA. The attendees, particularly Drs. Minczuk and Gammage discussed the refinement of this process and potential for collaboration in the future.

Drs. Michal Minczuk and Payam Gammage presented on their project “Treatments and models for diseases caused by mitochondrial deletions” and discussed their lab’s previous work relevant to mtDNA disorders. The presented unpublished work has shown that Zinc Finger Nucleases (ZFN) could be used to selectively target and deplete mutated mtDNA in vivo in a mouse model of mtDNA disease. The Champ Foundation funded project seeks to develop a mouse model bearing a mtDNA deletion using mitoTALEN nickase. Such a model is currently unavailable to the research community and could be instrumental in the translation of novel therapies.

Drs. Natalie Yivgi-Ohana and Elad Jacoby presented on their project “CD34+ cells enriched with blood cells derived healthy mitochondria as a treatment for Pearson Syndrome” and early clinical experience using a novel therapeutic approach under a compassionate allowance in Israel. Dr. Yivgi-Ohana is the founder and chief scientist of Minovia Therapeutics. Her presentation outlined the experiments and research that provide the basis for her company’s proprietary technology and process, based on transplantation of normal mitochondria into a patient’s stem cells. The Champ Foundation has funded experiments in mice to establish the safety and efficacy of this procedure; those experiments have only recently concluded and the results are still pending. Dr. Elad Jacoby of Sheba Medical Center discussed the preliminary results from two patients treated using Minovia’s approach. While the data from these patients is still very preliminary, it is encouraging. Given the potential for a clinical trial, Drs. Jacoby and Yivgi-Ohana solicited the opinions of the conference attendees regarding the design of such a trial.

Drs. Sumit Parikh and Peter Aziz shared their clinical experience with Pearson Syndrome, especially in the context of the ongoing natural history study at the Cleveland Clinic. This natural history study is part of a wider effort to describe the progression of mitochondrial diseases funded by NAMDAC and NIH. The study has collected data from 15 patients and while the study has highlighted some common features, it has also shown Pearson Syndrome to have a particularly variable presentation. Dr. Aziz presented his experience with the cardiac manifestations of Pearson Syndrome, namely right bundle branch block treated with a pacemaker.